You are here: Home / Shades of Loyalty – Editorial Review for the Author Resource Centre

Shades of Loyalty (Jack Jago Thriller Series Book #2) by Paul Stretton-Stephens is the second book in the series that introduces the reader to our main hero, the terrorist fighting Jack Jago of the British Intelligence Service. Jack has one big advantage over the normal run-of-the-mill intelligence agency or police. Their team has no rules-of-engagement and has to seek no authority from anyone. When they are on a mission, the decisions are all theirs and they do whatever is necessary to ensure the job is done and the threat is eliminated.

When a series of bizarre, seemingly disparate, and inexplicable series of explosions and a murder have the authorities baffled, Jack and his team are called in to firstly discover if somehow these actions are linked and if so, what is the next target on these people’s list? The only thing that appears to link these heinous crimes is the date. They all occur around the 24th and 25th of the month. Jack’s team has little more than eight days to find and neutralise the miscreants before they can expect the next terror attack. Highly sophisticated, with all the latest technology available to them, Jack’s team is literally able to go and infiltrate where regular law-enforcement is not. This gives them a distinct advantage, but will they be able to solve the linkage and catch these criminals before they strike next.

In many ways I found myself comparing Shades of Loyalty and Jack Jago, to Tom Clancy’s Jack Ryan. In many ways this book strikes me as a British version of the anti-terrorist squad that features in so many of Clancy’s books. The comparison is indeed favourable. Shades of Loyalty displayed much of the same tension and excitement that Clancy is able to generate in his thrillers. The characters introduced in this story are as disparate as the situations they find themselves investigating. All are ex-military and usually ex-special forces. There is a pleasing balance between men and women and even a place for a wounded, disabled veteran, who handles the communications and liaison for the team. The story is action-packed and runs at full steam as you would expect from a good thriller.

The old saying in writing is; “write what you know!” Certainly Paul Stretton-Stephens appears to have done exactly that. With a background not dissimilar to his main hero, Jago, Stretton-Stephens clearly has an exhaustive knowledge of techniques, equipment, and procedures of anti-terrorist teams world-wide. The author has also clearly kept himself up to date with the latest technology available and writes with clear and obvious knowledge and understanding of the situations and the actors involved.

I found his writing style to be simple and straightforward with little or no pretension and conducive to absolutely sucking the reader in to the story and not letting them go, until the very end. I definitely did feel a comparison, in the style of writing, to that of another extremely successful thriller writer, Jack Higgins, who was one of my favourite authors, as a young man. This is a thriller, so it is more about action than character development, although to the author’s credit, we do begin to get to know and understand a little more, the motivations and lives of Jack Jago’s squad. I would love to see more of this development in future Jack Jago stories, if only because I felt the story was shorter than need be, given the full-on focus on action. Some more human elements would be greatly appreciated and I am sure that will come as the author develop and grows into this series.

When one begins to read a series from an author or reads a new author for the first time, the question always has to be; will I read any more of this series, or will I read more from this author? After completing Shades of Loyalty, my answer would have to be a resounding, YES! Good, easy to read and credible thrillers are not a dime-a-dozen, so I am thrilled to be able to recommend Shades of Loyalty to all action/thriller readers and give it the full five-stars it so richly deserves. 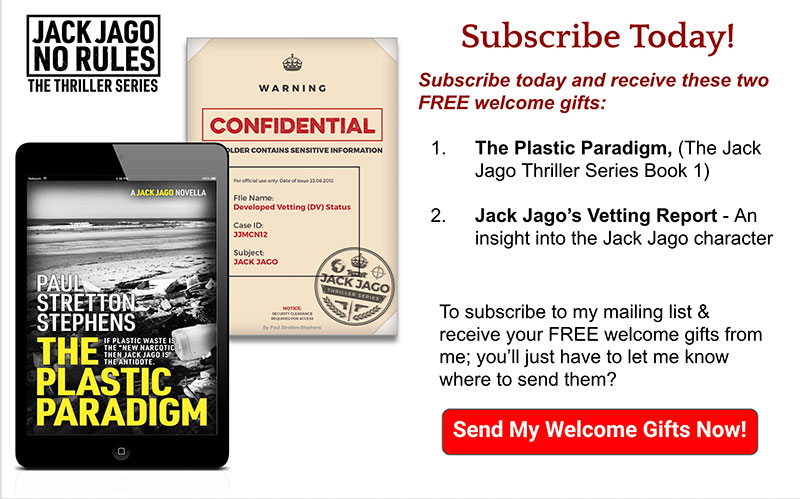 Keep up to date with my Blog Topics